Teaching World War II can be intense. There is an overwhelming amount of material to cover! From 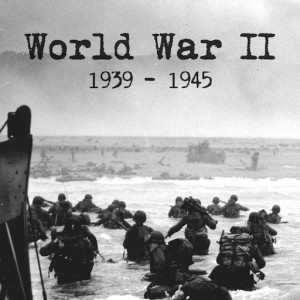 the European war, to the Pacific Theater to the American Home Front; the Holocaust and Japanese Internment camps, Axis and Allies, and D-Day, you could easily spend an entire year just covering this topic. There are literally hundreds of children’s books written about this time period!

Thankfully, I’ve done the hard work for you and selected some great books for you to go through. This 9 week unit study uses World War II: The Definitive Visual History as your spine, introducing your child to bigger-than-life personalities on both sides of the conflict. They’ll learn about the events leading up to the war, the rise of Adolf Hitler and the axis powers, the American home front, the war in the Pacific, the Holocaust, espionage, resistance, the Nuremberg trials and more.

I’ve also include a literature component to breathe life into your studies. As a family, you’ll meet Liesel Meminger, a poor orphan living under the Nazi regime who fights back in an unlikely way in the The Book Thief. You’ll get swept away in time with Hannah, time traveling to the past as her family is arrested and sent to a concentration camp in The Devil’s Arithmetic (Puffin Modern Classics). You’ll live in Japanese-occupied Korea at the end of the war experiencing all of the horrors and triumphs of the aftermath of war in Year of Impossible Goodbyes.

I also include 9 weeks’ worth of readers for your child as well as a set of narration cards. They’ll read about life in Nazi-occupied Europe, find out what it was like to be a soldier caught behind enemy lines and experience life in the Japanese internment camps as well as in a concentration camp (high school only). Some of the books are only for middle grades, and some only for high school. The middle grade only books scheduled are: Under a War-Torn Sky and The House of Sixty Fathers. The high school level readers are: Code Name Verity, Farewell to Manzanar and Night.

Because of the intensity of the subject matter, this unit is suitable for middle grades – high school. The lesson plans are 98 pages, and include a reading schedule, narration cards, a literature study of 3 novels, dictation passages, 52 vocabulary words, web resources, map work, writing assignments, projects, a list of optional movies and documentaries, and an end of unit Jeopardy-style trivia game.

** Our PayPal e-Junkie powered shopping cart will process your order. All our digital programs are in PDF form. They cannot be returned or refunded. Once you place your order, you will receive a download link to your items.

As a reminder, if you are going to purchase books we would greatly appreciate the use of our provided Amazon Links or our Build Your Library Amazon Bookstore. Thanks!

Here are some samples of the activity pages: 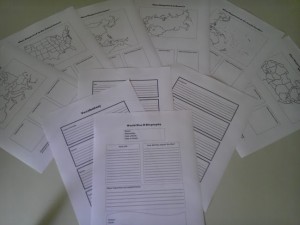 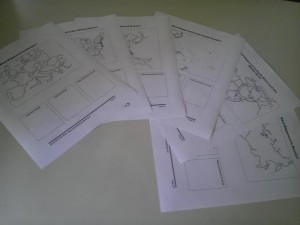 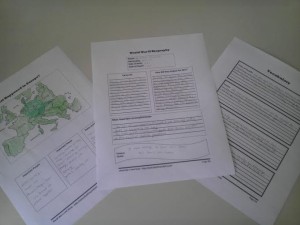